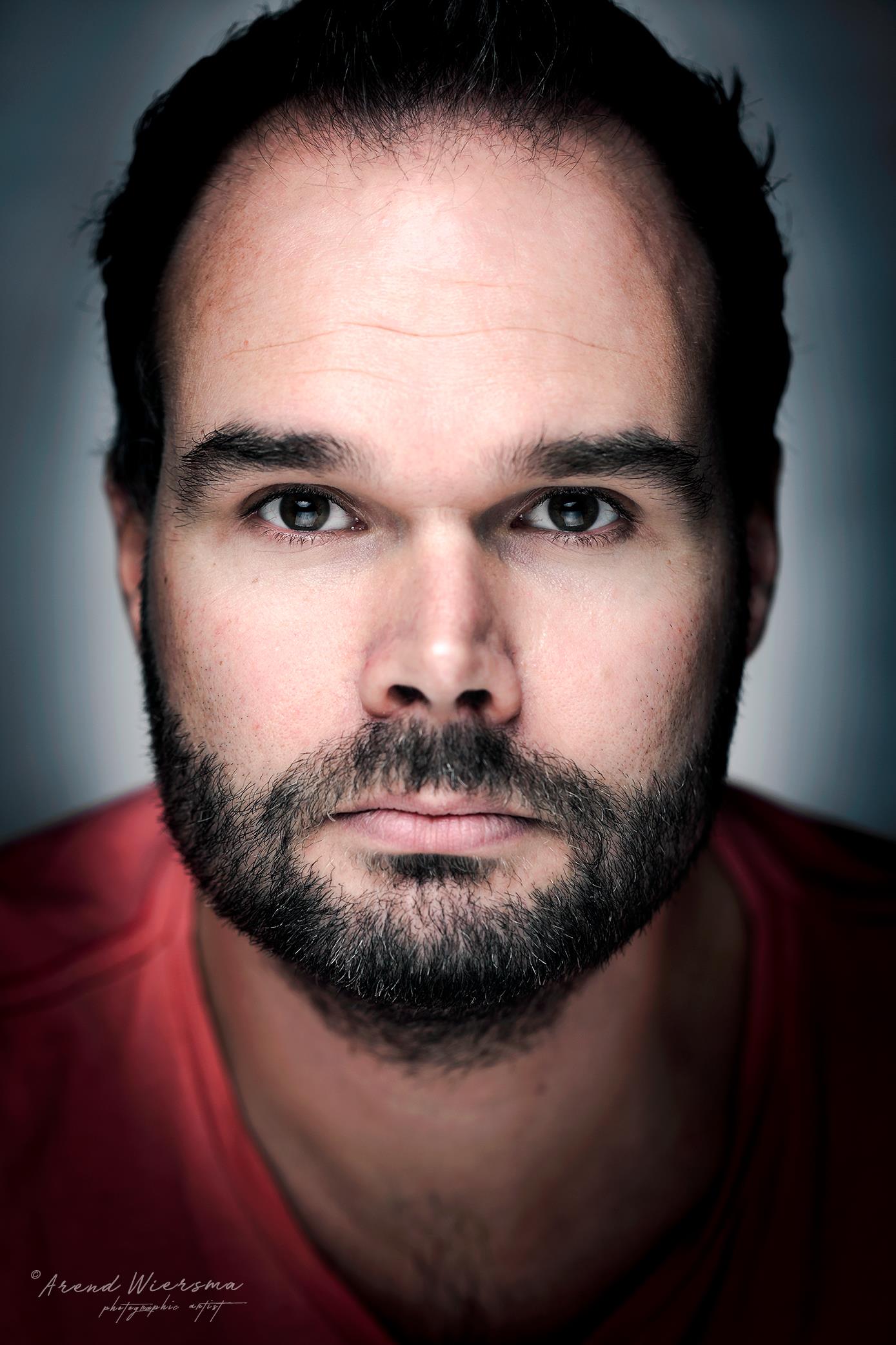 Ramon Bruin, born in 1981 in Alkmaar, the Netherlands, is mainly known for his 3d drawings. In 2012 Ramon gained worldwide recognition for his own unique style called ‘Optical Illusionism’. Since then his artwork has been shown in over 70 countries.

Besides creating optical illusions Ramon also create paintings. His paintings are informed by his everyday experiences and observations. They are autobiographical; sometimes confessional and frequently handled with a humorous sense of humour. Dramatical scenes are painted with a smile and a different angle of view. Ramon captures situations that either involved him, or others that he has witnessed, in public and private moments that passed by as unremarkable, at a glance.

He captures these memories in a fast, neo-expressionistic style, combined with a dash of semi-realism. It is the combination of both styles which provides an amazing contrast. The search for contrast goes further in the shaped and colors. Where there is a square, Ramon adds a circle and where there is black, he also adds white. Colors are blended heavily and merges into each other so there is a feel of abstract too.

Filling the gab between drawing in 3d and painting on canvas Ramon also doodles on canvas. He selects an easy recognizable shape like a gun, a heart or a bottle and doodles around it. By cleverly adding shadows on certain spots the illusion appears if mulitple layers. This style of painting is really drawing with acrylics on canvas and creating the illusion of depth.